I recent made a trip to Bangkok with my old friend Yap Lim Sen, who is an old family friend of Chin Peng. Upon hearing that Chin Peng was critically ill as reported in several media, Lim Sen made arrangements to have lunch with him at Hotel Novotel, Bangkok on 2nd Oct 2011. 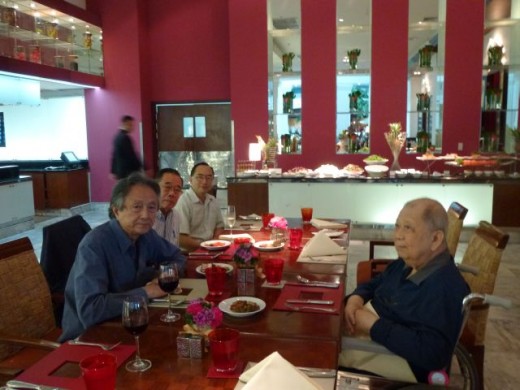 The two photos prove that Chin Peng is far from dying.

During the lunch, I asked if he is still keen to return to Malaysia and what is his advice for the Malaysian Chinese. Of course, he is still yearning to come back to die in his birth place. He is very well informed and up to date on Malaysian politics. In our conversation, Chin Peng stressed that Malaysia is a rich country and that the Chinese must work together and cooperate with the Malays to make Malaysia a better country. 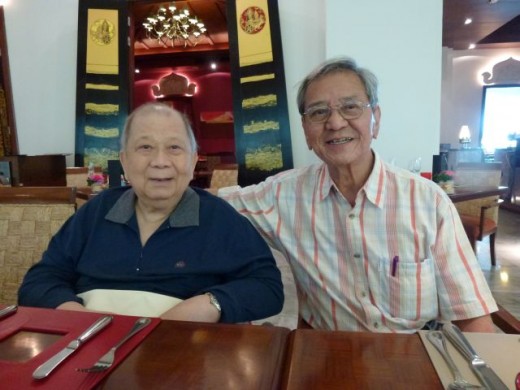 Under the 1 Malaysia policy, Chin Peng hopes the Government will allow him to return to the country to show that there is no bitterness towards the Malayan Communist Party since both sides were fighting against a common colonial power enemy. It would also show that the Government is serious about the truthful portrayal of the history of Malaya which is one in which all races have contributed.

This would also help in getting rid of the misunderstandings and distortions that have plagued our understanding of the past and lay the groundwork for racial unity and solidarity.

I have been very much concerned with the trend of growing racial and religious polarization. Coming from an old-fashioned and truly Malaysian background where I have worked with as well as have good friends from all races, I am proud to say that my circle of friends have deep respect for each other’s race and religion, though we regard ourselves first and foremost as Malaysians. Thus, we find the trend of growing polarization all the more worrying, especially as it is prevalent among the younger generation of Malaysians.

There is no doubt that in any road map for the country – whether crafted by the Government or the opposition; whether it is economic, political or social-oriented – the forging of sustainable unity and social cohesion amongst all the races and religions is of the utmost urgency. The outcome of social fragmentation and disunity is too frightening to contemplate.

Treating the case of Chin Peng with compassion and statesmanship, and permitting him to return to Malaysia – his home country – is an important building block for our race relations and will also help in putting right the historical record.